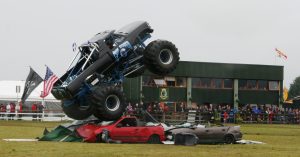 TICKETS for the Black Isle Show are now on sale and this year’s event will boast more livestock, more music and more family fun than ever before.

The north’s biggest farming event, The Black Isle Show, now in its 181st year will take place on August 1st and 2nd at the Mannsfield Showground in Muir of Ord.

Back by popular demand are two events which were introduced last year – a charity tractor pulling extravaganza and the discovery area where visitors can learn how to milk a cow and watch a variety of traditional skills such as farriery demonstrations.

A great day out for all

Rod Mackenzie, the show’s secretary said that the committee have made some changes over the last few years to make the Black Isle Show a great day out for all.

He said: “What we realise is that to make the Black Isle Show popular and appealing to everyone, we have had to up our game and come up with more ways to entice a wider audience. Clearly the show is very much about farming and we still have all the different classes and it’s very much a competition for the farming fraternity. However, to make the event sustainable we have had to diversify and introduce new attractions – often still with a farming theme, but that appeal to those who have little or no farming background at all.”

He added that the success and popularity of numerous farming-related shows such as This Farming Life have assisted with piquing people’s interest into farming: “It seems that farming is interesting to lots of people these days and by introducing hands-on activities at the show such as the discovery area, we hope we are giving people a chance to see, in a small way what farming is all about.” 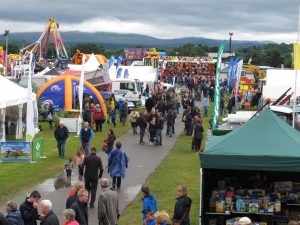 Music will also play a big part in this year’s event with bands and artistes playing all day in the bar marquee. Music will include a range of genres to suit all tastes and will include tribute performances from the Dolly Parton Experience and others.

Rod added: “There really is something for everyone at the Black Isle Show. One of the highlights this year will be monster trucks Big Pete and the Grim Reaper who will take to the main arena to wow the crowds and there will be the more traditional but ever-popular livestock parade, and vintage tractor show. We are also a platform for local food, drink and craft producers to showcase their products and there will be a huge variety of culinary delights on offer too. You can easily spend a whole day at the Black Isle Show.”

Tickets at an early-bird rate and registration forms for the tractor-pulling event can be obtained from www.blackisleshow.com.